It’s time to say something outrageous; high interest rates are actually helping with housing market affordability. I knew that higher rates would cool the market-place (I wrote about this) but I’m a bit surprised by how quickly the numbers have changed inside of 3 or 4 months.

A small caveat, when I’m talking about affordability I’m not talking about an individual buyer of a particular home in isolation. Nor am I talking about someone refinancing. It goes without saying that increased borrowing costs directly impact a homeowner’s bottom line.

I’m talking about the broader market instead. How does it factor into affordability? There are two factors at play here, interest rates and house prices, with the former affecting the latter to a far higher degree than anyone seems willing to admit. 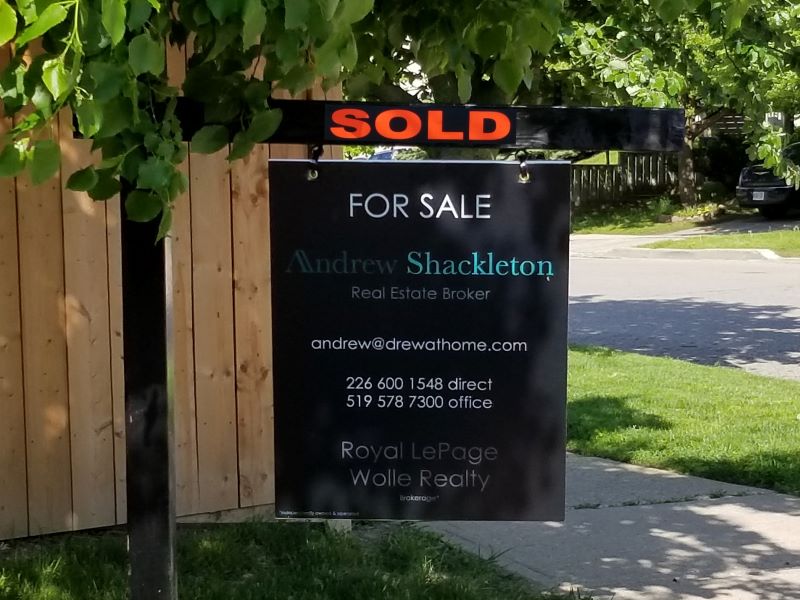 The sharp rate increases we’ve seen were brought in to combat inflation, not to fix housing. Inflation is at levels not seen for 30 or 40 years. This worldwide problem was brought on by super-low rates and excessive emergency spending in response to the pandemic.

The increases have barely made a dent in inflation but have drastically affected sale prices, volume, and months of inventory. No doubt we are still in a sellers’ market but things haven’t been this good for buyers in at least 3 years. I’ve made several sales this year with actual conditions and recently made a purchase at under the asking price, incredible! Bidding wars are way down too.

Here’s how the seemingly impossible works. Falling prices factor into a couple of things when buying; the loan to value ratio and the size of that loan. You’re probably thinking that higher rates come with higher borrowing costs so how’s this helping? Well they don’t, but they do help bring down prices and that is where the improvement in affordability can be found.

You might be thinking so what, $100, that’s only saving $1200 a year! And you’re also paying out so much more in interest and less on the principal.

But what happens 5 years from now when you need to refinance? This is where the magic is. That $760k purchase has a far superior loan to value ratio of 74% and this purchase, and the $950k one, will both need new mortgages at whatever rate is available at this future date.

And when that next 5 year term is written the higher loan to value ratio of the more expensive purchase hurts creditworthiness and will impact the homeowner’s borrowing costs as well.

In the initial 5 year term the $950K purchaser will have paid down $115k on the loan, leaving a balloon payment of $635k at refinance time. The $760k purchaser, even at 5%, is miles ahead. With the smaller loan their balloon payment is only $496k despite paying down only $64k off the principal.

The downturn in prices is unfortunate for those who already own but we are still above the 2021 averages and are at least 40% above the average prices seen in 2019. But I would advise homeowners to stay put especially if they’ve bought in the last 6 months. Downturns are always temporary over the longer term. Be happy you own a home and have a roof over your head and don’t sell if you don’t need to.

I also feel bad for people who’ve bet on the variable rate game because that ship has sailed. Variable is not something I’ve ever been comfortable with but that’s just me. People have done great with it in the past but you definitely want to be locked into something fixed right now.

We are in a tough spot as a country; affordability for buyers, or homeowners hit by falling prices and increased costs. But what’s the alternative, aside from building more housing? New construction won’t help in the near term. And we can’t go back to the low rates we’ve seen over the last decade. Prices were going up by as much as $10k a week over the last few years. That’s simply not sustainable.

Higher interest rates have indeed helped with affordability by lowering prices enough to make a meaningful impact on a buyer’s bottom line. This happens right off the bat during the initial purchase, and several years out when refinancing is needed. That’s a win in my books.