The October 2017 house prices are in for Waterloo Region and the tri-cities. Prices have definitely stabilized in all 3 major centres.

Median prices for all housing types have risen for the 2nd month in a row from the lows we saw in August. While prices have not returned to the highs seen in the spring, they are still solidly above the values seen in January of this year.

Detached housing is mixed in comparison, with only Kitchener showing month over month gains. Waterloo Region, Cambridge and the City of Waterloo saw slight drops in their median prices, however prices are still higher than the lows seen in August.

Here’s a quick look at the region’s numbers. 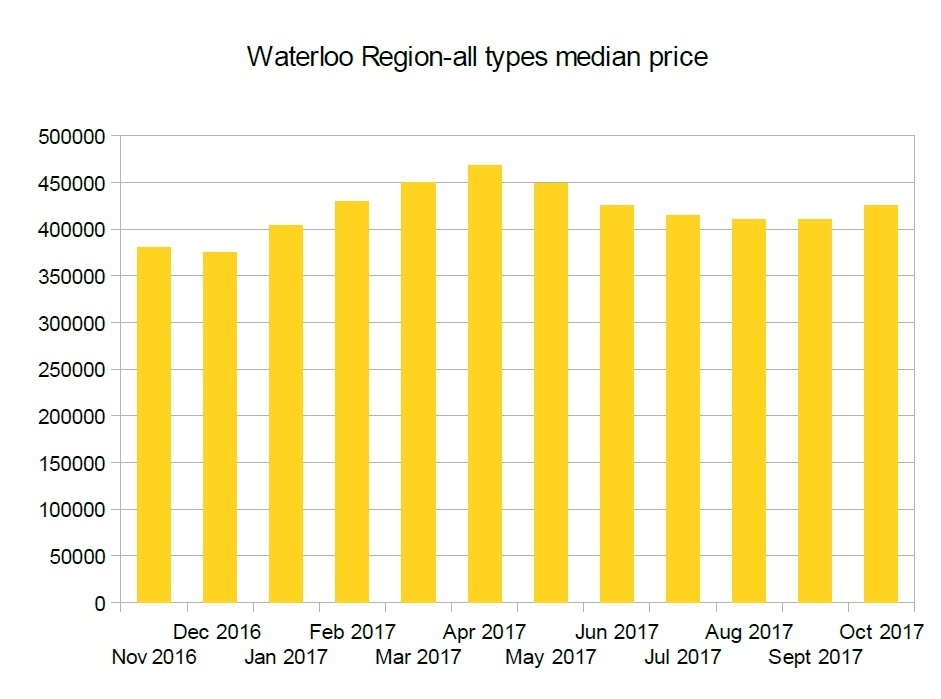 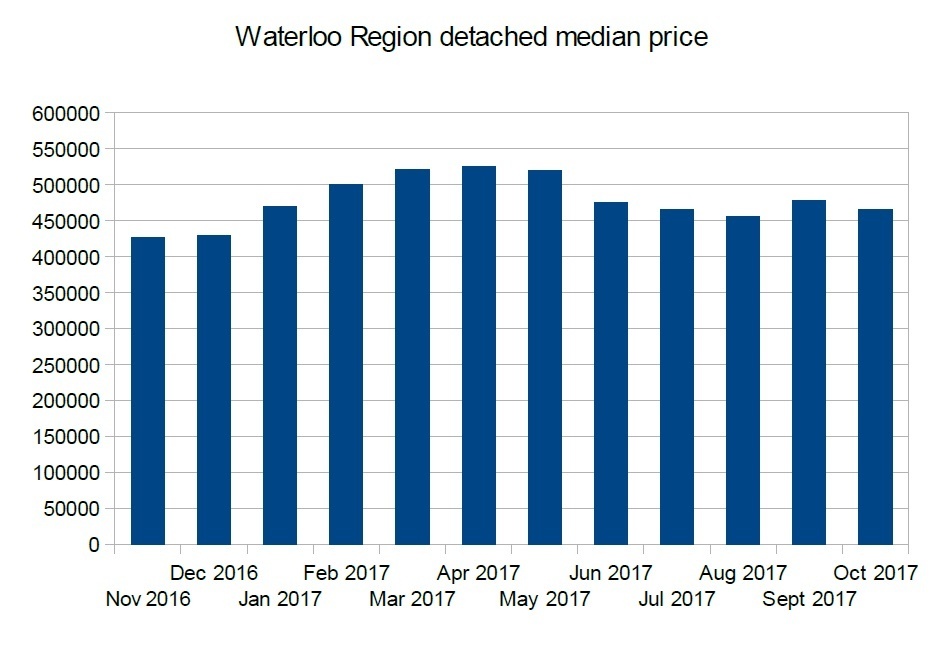