The Life and Death of a Dog 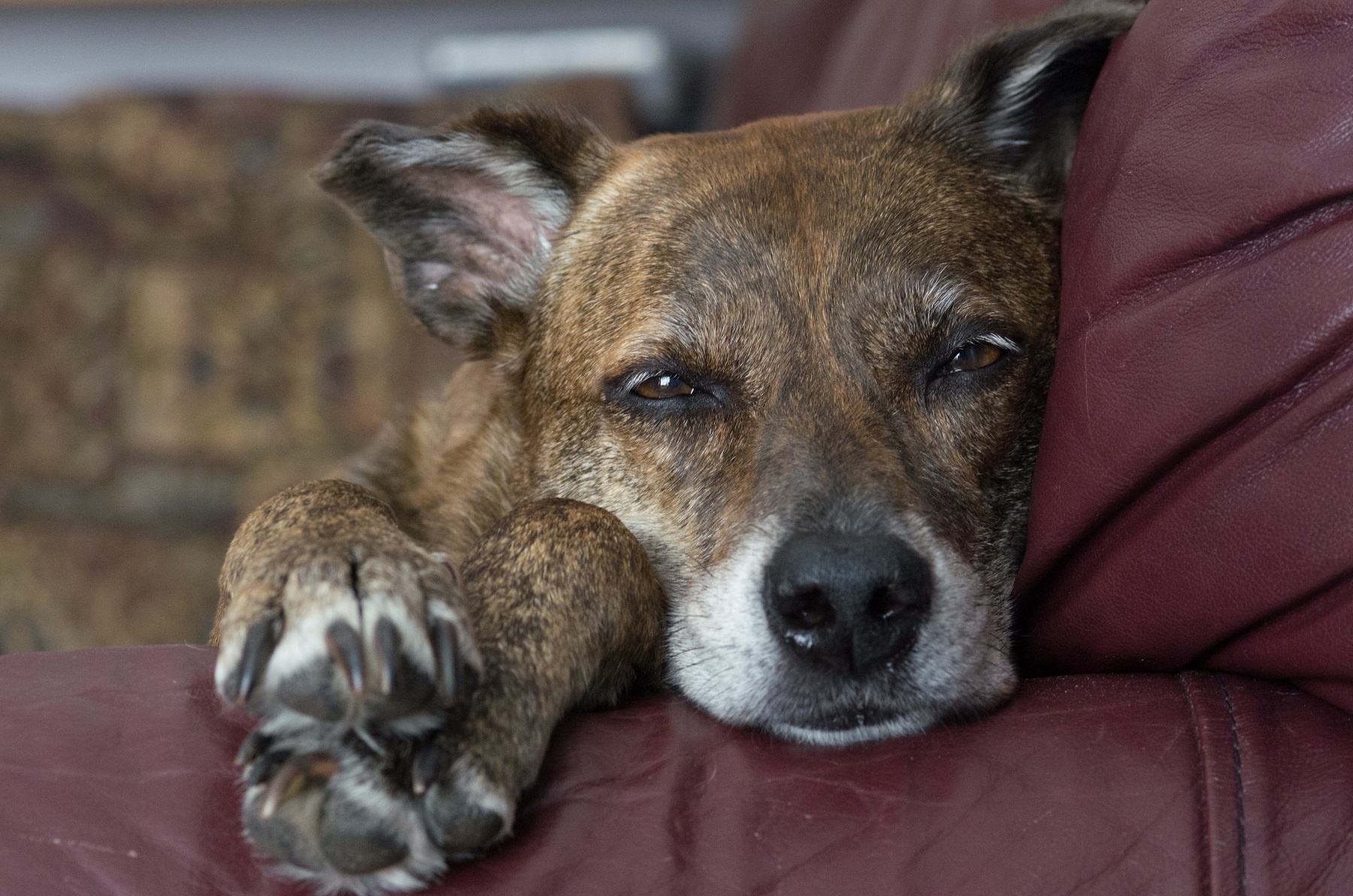 No clickity click on the steps when I hear her coming down the stairs for her first treat of the day. Our vigil is over. My wife is asleep in our bed for the first time in weeks. Not a sound sleep surely, how could that be? My first dream of last night, or at least the only one brought to the surface of my consciousness was the death of our dog. And this woke me up and I laid there empty and sad until I fell back asleep.

She was a remarkable dog, the best. ‘The dog’, stolen directly from Plato’s forms according to my daughter Miranda. Her provenance; a hurricane, a product of Katrina. Feral? Abandoned? We don’t know. She was rescued in Louisiana in the summer of ’06 and spent the next six months itinerant, moving from pound to pound until she finally crossed our borders and ended up at the Cambridge Humane Society.

I can’t remember her original name. But everything else is burned into memory. The smell of utter despair that pounds have. Our dog lying on cold concrete, sick and isolated because she doesn’t get along. She was 20 lbs underweight, skinny and brindle coloured.

My wife had found her mug shot online. When we brought the kids for the second visit they were instantly smitten. The dog had a habit of reaching up with her paws for hugs, sealing her fate.

I know why I am writing this down. I don’t want to forget how I feel. Memories of the joyful car ride home just brought on another wave of anguish as I am typing this. Tears are running down my face, half filling my eyes and blurring the keys. And again I am reminded of how much I miss her.

Somehow she knew she was safe. But still it took her two days to venture upstairs. And I can remember how surprised and happy she seemed when she came back down the stairs for the first time.

She became Tora soon enough, because of her colouring and pattern. And I quickly made her fat from too much people food. Hillary and Miranda busted my chops for this almost the entire time we had her. But we got her down to 55 lbs where she stayed for most of her life.

Dog stuff happened over the next year, and the next, and then she was here for a decade, in the blink of an eye. My kids grew into adults while she grew old.

She was always a lumpy dog and early on we had our first cancer scare. Half an ear was removed and then lumps. There are bad vets though, and ours at the time seemed to book a lot of lump removals before hitting the Caribbean.

The vets we have now are the ‘do no harm’ type who actively avoid surgeries. But more lumps came, two in a row, both benign. The first resolved on its own. The second, massive and bloody, removed. And somehow she stayed healthy.

A few more years ticked by and the certainty that I would be dealing with the death of our beloved pet became ever stronger in my heart. Statistics don’t lie and she was really old.

She was healthy and then she wasn’t. April 30th was not a good day. ‘Weeks or months’ is not something you want to hear.

The battle with cancer was always going to be a losing one. So we concentrated on quality of life. And it became a battle with meds instead. They were working it seemed. 4 weeks came and went and then we were into ‘months’.

But things were going downhill. The meds weren’t working quite so well anymore. But how do you gather the strength to have your pet put down, to kill her? Early Thursday we were thinking she’d get through the weekend and we wouldn’t have to make that horrible decision, at least not yet.

It is Friday, June 5th. I am awake, lying there, dreading getting out of bed yet again, and she is worse. The tramadol just isn’t enough. At this point her quality of life is all that matters. The family, with Simon and Hillary on video gathers together with Tora, out back in the shade under a tree. We know what we must do. No deathbed confessions, clearing the air, or things left unsaid; she’s a dog. And she knows she is loved.

The heavens opened up on us 10 minutes before the appointment, capping off a terrible day in a terrible month in a terrible year. We couldn’t all be with her due to Covid, and only Jude and Miranda are allowed inside.

But I needed to say goodbye, to see her one last time. I run to the hatch and help Miranda cradle Tora in her arms. and rain kisses on her again and again, telling her that I loved her and that I was sorry she was in pain. And then she was gone, taken away inside, never to be seen again by these eyes.

A long time later my wife and kid return. They tell me it was peaceful and good. There was a candle. The vets were very kind.

We are a mess. Her presence is everywhere. Miranda is gathering photos. I am writing. Jude has looked for the dog a few times by mistake. I have too.

She was bum-bum, butt-butt, clawser, baby bear claw, bloopy, big baby, muffin and of course, Tora. She was 14. I am gutted, so very sad, tears pouring down my face as I type this. She was a good girl.