It’s been an exceptionally strong fall for house prices as my 2019 fall housing market update shows. Waterloo Region and Guelph 90 day averages are considerably higher than the first quarter of 2019 for all property types and for detached homes as well.

There have been two notable attempts to quell demand and the rise in prices we’ve seen over the past few years. The Wynne government here in Ontario and the provincial government in BC both enacted a foreign buyers’ tax. And more recently in 2018 we saw the introduction of the mortgage stress test.

While both these measures helped quell demand in Ontario, only the foreign buyers tax actually dropped prices. And that effect was quite short lived, with prices dropping for only six months before rising again.

Over the course of the last year and a half we’ve seen the federal government introduce measures that will actually fuel even more demand. This is being done in an attempt to curry favour with new buyers that are desperate to get into the market.

The measures include increased withdrawals from RRSP’s, the CMHC shared equity plan and increased home buyer tax incentives. The unintended consequence is higher prices of course. 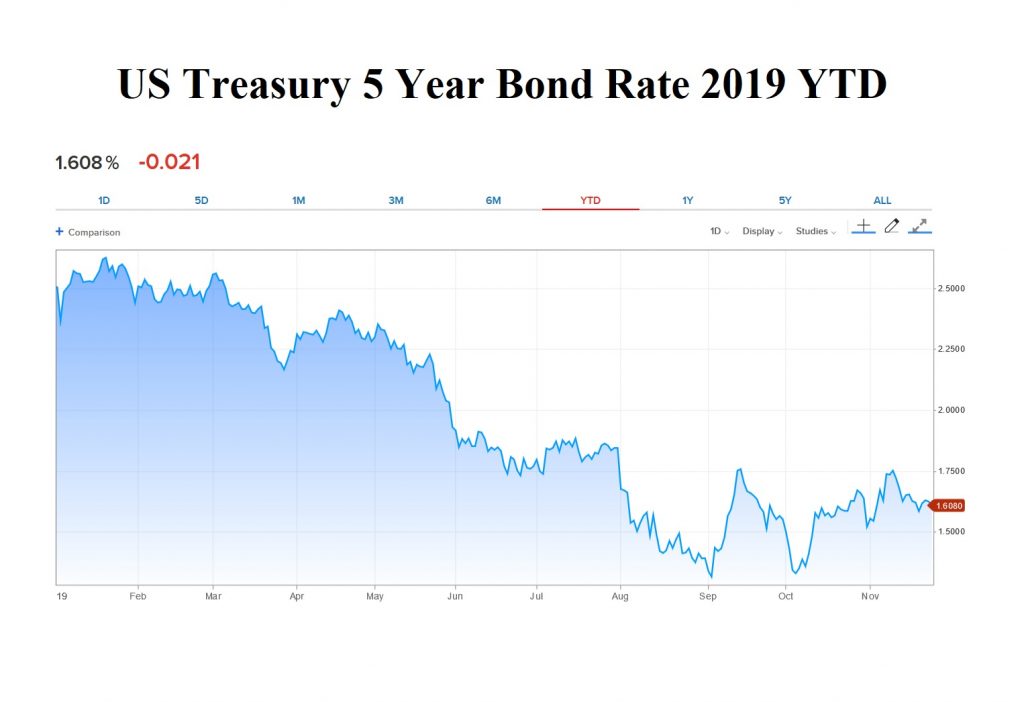 And then we’ve got the elephant in the room, the macro-economic picture down south. Trump’s trade wars have been anything but good for the economy and the Federal Reserve has slashed interest rates on US Treasuries to the bone over the last six months.

With the yields on Treasuries so low there’s not much that our government can do. And our banks and credit unions are yet again offering up cheap money because mortgage rates here are determined by 5 and 10 year Treasuries south of the border.

Because of these very low interest rates and the previously mentioned buyer incentives fueling demand, Cambridge, Waterloo, Kitchener and Guelph average home prices have taken off yet again.

Here’s a video with the 90 day averages with the monthly prices below: